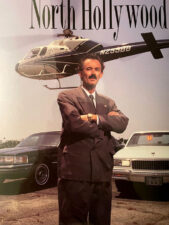 We are officially in our 100th year from our start in South Los Angeles in 1922. Over the last months I have reflected on our past as we approached this milestone, thinking about the successes of the past as well as the challenges.

In our 100 years we have had two leaders before me and it was what the world would call a chance meeting, or I call a God planned meeting, that led me to taking over West Coast Detectives and Special Police Patrol.

I was at a Full Gospel Businessmen’s breakfast in Anaheim, California, in 1976, that Stanley Comstock the owner of West Coast set down beside me. That started a friendship that led to me taking over the agency in February 1977.

When I reflect on my 45 years at West Coast Detectives as the leader, several things come to mind. The first is all the great people who have helped me succeed with the growth of WCDI. It was a special privilege to have the first woman as a Vice President of a Detective agency in 1978 and to have many women on our corporate management team.

The reality is that most of the great ideas that came forth for direction and case solving, most came from those around me and many from the woman on our team.

The next thing I think of is all the great friends I made who were my peers, outside consultants and vendors who contributed to our success. The next thing that comes to mind was all the clients, some 200,000, who put their trust in WCDI and many became close friends. Our client base came from the person with a small case, small and large companies, fortune Five Hundred companies, Governments, and the Hollywood “A” list. We treated the person with the $500 case with the same respect and diligence as the Fortune Five Hundred company with a million-dollar case.

Probably the comments by clients that gave me the most pride was the comment, With West Coast Detectives on our team and watching over our company gives me peace of mind. I can go home at night and not worry about our company’s security.

Well, what is ahead? The world is under attack from the manufactured Pandemic, out of control Inflation, a pending global recession, war against the free nation of Ukraine which could spread like a powder keg into surrounding countries and a violent small leftist group trying to overthrow the democracies of the world.

So do we lose hope and fold under the onslaught of evil or do we take the men and women of Ukraine as an example and stand up and fight for freedom.

The preparation for the battle first is knowing who our enemies are and everything about them and where they are at and hiding. I am reminded that at the birth of Israel in 1948 that the leaders said the only way they could survive was to first have superior Intelligence, and that is still true today.

In my leadership at WCDI, and before in my Law Enforcement work, I focused on gathering intelligence. After taking over WCDI I started building an Intelligence operation around the world in the late 70,s & 80,s  staffed with local Intelligence and Police officials in their countries.

My Intelligence network was extremely valuable after the 9-11 attacks, as we worked with the public sector over the next few years to stop the terrorist before they could get to the

As we enter this next century, we are committed to using the same diligence and commitment to solve our global clients’ cases as we have in our first century.

We just posted our new web site please review and feel free to contact us with any questions or to confidentially discuss your needs. (www.westcoastdetectives.us)

I will be posting more over the next weeks as the world situation changes.

May God bless you and May God Bless America. 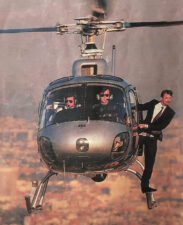