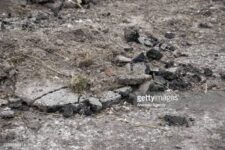 Update Ukraine and the World:

The approach at West Coast Detectives International has been to do everything possible to ensure when we give facts to the client, they are correct. That means we use every resource that we can find no matter how much time or extra cost it might be to be sure of our facts, as much as humanely possible. I have had clients constantly come to us to clean up and finish work that other firms had started but failed to answer all the questions.

As I saw some post yesterday and today that the war in Ukraine is over, I wondered where their facts were coming from. War just doesn’t end when the invaders are retreating due to losses and failed equipment to regroup and resupply elsewhere.

Those that might think the war is over do not  understand the leader of Russia’s goals, the times we live in and what has been prophesied thousands of years ago. Yes, when I am preparing facts for a client’s consideration in reference to as an example, would it be safe to look to Ukraine or Russia as a business venture, I look also at bible prophecy.

Even if you do not believe in God the fact is that what has been prophesied from thousands of years ago some of it has already happen. In the last few years events of prophecy are happening faster and faster. So, I use this resource along with many others to have a final report of factual data for our clients.

The war in Russia is not over but just beginning. Understanding how Russia fits into end time prophecy is critical for an accurate report for a client to make important decision. Some of what Russia has wanted out of the Middle East they have accomplished already. They desired a warm water port and when a past American administration blinked, they had moved into Syria and had their coveted warm water port as well as some bonus airfields. Putin see’s Russia as a major player and power broker in the Middle East, and he will do anything to accomplish that goal. (Fits with Prophecy)

For that to happen there must be a rebuilding of the old Soviet Empire for Russia to have a base to be able to accomplish that goal. The play for Ukraine was a next step for Putin to evaluate the waters and see how the world would respond. He did not expect the world response and it was a surprise to Putin and to many others. It  was interesting to see how many of the NATO countries and some in Europe took the lead in pushing back to stop Putin, not just with sanctions but military support.

One must wonder if Putin were so disconnected to the quality of his military and equipment or did he think it would be so easy that even a military in disarray would be able to easily take a walk to Kiev. What ever the reason the war is not over and  when we don’t understand the mind set of our enemies it becomes our downfall.

Putin will regroup and even if he is replaced someone will rise up in his place to work towards the building of the great “mother land.”

Putin is continuing the war as he retreats to East Ukraine to slaughter more innocent civilians and to be able to claim a victory for the May 9 celebration. He continues to fire missiles at targets in Ukraine and yesterday said he plans to target decision making centers in Kyiv and other cities.

Russian troops retreating from northern Ukraine have left thousands of land mines and insidious booby traps in such place as bags of potatoes, lawn chairs, children’s toys, even dead bodies. It is reported that approx. 300,000 square km could be potentially contaminated with mind fields. That is nearly half of the country of Ukraine. No, the war is not over.

It is every citizens responsibility to become informed about this period we live in and not put our heads in the sand as we become overloaded with runaway cost and our survival. We as citizens in America need to keep the fire to our politicians feet and if they will not listen in the U.S., we have elections in a few months we can remove them and put in people who will put our country first.

May God have Mercy on the United States of America.