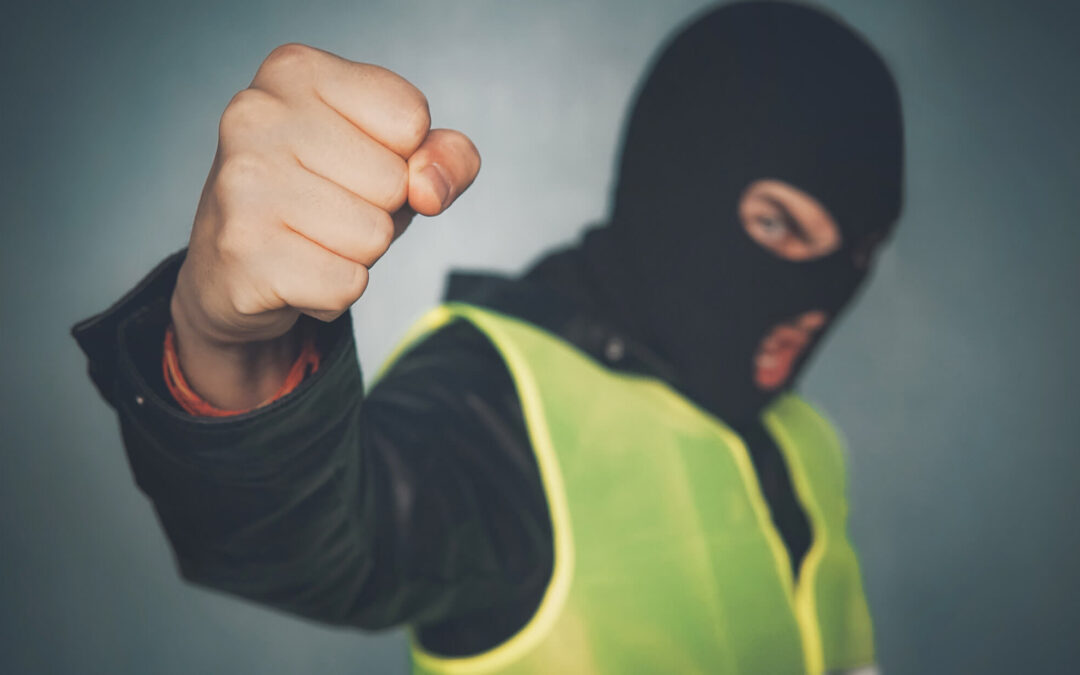 SHOULD WE BE CONCERNED ABOUT WHAT IS GOING ON IN AMERICA OR ALARMED?

I started working on this blog post in May and with things happening so fast I became distracted by the alarm I was feeling as I watched the violent element of the world reach out in violence, all in the name of civil rights. For those of us who have followed biblical prophecy we see God moving to come to the point where He says enough, no longer will you be allowed to destroy my people and earth.

I guess we shouldn’t be surprised how easily the people of the United States and the world can be brainwashed by the thought of something free. As we have seen the masters of lies on the left spread their sick philosophy of everything free, just elect us. They are the “Adolf Hitler” of the 21 century who used the same tactic’s to put the German people under slavery and kill 6 million Jew’s. The first thing Hitler did was to direct the Ministry of Interior to disarm and disband the police and go after the guns of private citizens so his brown shirt thuds could kill and destroy at will. The only difference we see now is the thugs and killers are wearing black.

We are approaching the day of reckoning for the freedom loving citizens of America and the world. To many of us have been silent thinking that this will blow over, like issues have in the past but this time the radicals have had time, many years, to plan and prepare while we have been silently living out the good life. They have lots of money, trained cells around the world and very powerful people backing them. All for the power to make you and I their saves and they our masters. The destruction of America, is their first priority, as America is the one beacon of freedom standing between Hope and Hopelessness.

I have following world events for over 45 years and not from a distance but on the ground building a “HUMINT” intelligence operation. From 2008 to 2016 we saw a rapid decline in American power and freedom with an administration which was corrupt at its core believing that their end desire justified any means. Doing this times the main stream media, accept Fox, was brought on as an arm of the radicals and their agenda in the last three years have become like rabid dogs, working to eliminate their opposition and our freedom. My alarm leaped as I read from the manifestos of the radicals worldwide, they have one point that tells us all we need to know about who they are and where this evil is coming from. That point which tells it all. RADICALS MANIFESTOS: WE WILL OVER THROW GOD AND REPLACE HIM WITH OUR OWN GOD.

For those of us who have read the history of our world and its beginning, that was tried before and by a force stronger than any thing anyone on earth could assembly and it didn’t turn out to well for Lucifer, and it won’t be any different this time. He will be defeated again.

What started this blog in May, was I read a post by a male friend who commented that most of the post about the overreach, by some governors and City Officials, trampling on our constitutional rights were being done by women. His question was where are the voices of the men, are they to afraid to voice what they see and feel and trying not to put a target on themselves. That made me think about my feelings and direct knowledge I have from over 45 years in Law Enforcement, Government Intelligence Operations, Counter-terrorism and Global Security in the private sector.

If we look at history, what is happening in the United States and world, has happened before in other countries, which went from freedom to a totalitarian dictatorship. I have been on the ground, behind the lines in a way, and had the opportunity to listen to the stories of what happened from the people affected. All of the countries had the same pattern as if from the same playbook and as time went on I discovered there was a central playbook being used.

I remember in the 50’s and 60’s at the height of the “Cold War” with the Soviet Union that the dictator leaders of that nation expressed their view point on what had to be done for them to take over the United States. They realized their only hope was to defeat the Americans from within. A long term plan was developed to be able to infiltrate sleeper agents into American society to recruit gullible or greedy Americans to help with destabilization. To develop their agents to fit into the American society they build complete American towns with the stores, cars and all the sign of American life so the agents could immerse themselves into the American Cultural and way of life so they would fit in.

The leaders of the Soviet Union also understood and stated that to take over the United States they must first take away the guns that were owned by the private citizens. (Side note: this also happened in many other countries when the supposed Democratic Socialist were brain washing the citizens that they were for the people and they would take care of them)

It is interesting that the gun control crowd in the United States has a complete misunderstanding of what the founders fathers intent was when they added the 2nd amendment or they forget about sharing it. The 2nd amendment wasn’t added so people could have guns to hunt and for sport use. The founders fathers were concerned about a future over reaching government trying to take away the freedoms of the American people that they had fought and many died for. (We are in that fight now)They had left a country with a dictator and were intent on making sure that it wouldn’t happen to them in America and armed citizens would ensure that America stayed a free Republic, governed by the people and for the people.

The rise of Bernie Sanders, an avowed socialist and fan of Russia, has been interesting and scary particularly by the support of so many young people. What has happened to our society that would cause young people to want everything given to them, instead of  working for their success? To really look at the stages of this development it would take hours and lots of pages so let me tell you my experiences and what I have observed over the last 45 years in corporate security.

My work in law enforcement started in the sixties and as a young deputy working out in California, the power of the badge meant something. Time after time I would step into a potential violent situation and say stop and they would stop. That power ended long ago.

As I transitioned into the private investigative area I watched as the fabric of our society starting crumbling as the years went by. I first noticed the decline of the labor work force as we did uncover operations inside companies looking for problems. My interviews of suspects starting taking the tone I am not paid enough, the company has a lot of money and so I have a right to take what I can. The personal ethics of the work force continued to decline as we watched the decline of the family and the number of families not having a father in the home increased year after year. At the same time more families had both parents working and children unsupervised and getting into gangs and trouble. Then when we throw in the efforts to take God out of society, schools and replacing with humanist and self-centered ethics of “Do What Ever Feels Good”.

Do we wonder why we are faced with what we are today? I never dreamed of a city with politicians who would stand down their police force and allow violent thugs to take over cities,  attack and kill innocent people including children and destroy thousands of business. All in the name of civil rights or race relations. God help us!!!

So what do we do? Do we find the most remote place to hide and hope they won’t find us there? History tells us that they will in time come for us to if we are silent. My biggest concerned is that so many Americans are uniformed  through brain washing and a press, instead of being a watch dog to alert the public of dangers, they are part of the danger.

My pray for Americans is that they would not take any ones knowledge, including mine, but decide for themselves to research the facts and make a determination where they stand and then what action they should take. This is not a political issue but an American issue and what we will be as a nation going forward. Will we remain a free republic of the people, by the people and for the people, one nation under God who we trust? Or will we allow the forces of evil sweeping across our nation to destroy us and drag us into slavery.

I have great faith in the American people, when their backs are to the wall, that the spirit of freedom will spring from within and push this evil back that is trying to destroy our nation. Beware you supporters of evil you are awaking a sleeping giant, and you are not a giant killer.

My God bless and empower the American people.

Be blessed and safe until next time.