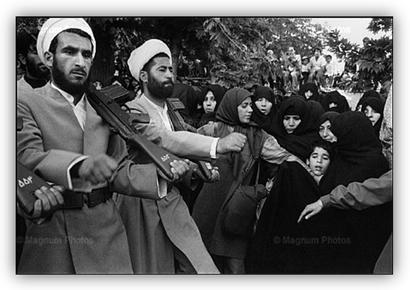 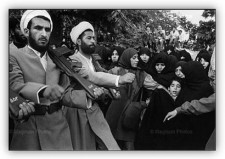 If my writing seems harsh or the tone is severe, it is because I see things; I know things, which are emotionally upsetting for those closer to it.  This is true with most Iranian American writers.  I believe I have mentioned it once, that sometimes, the cruel words that is Islamic black-and white culture embedded in me, reflects my writing.

Truly, I am doing about the only thing one can do to further the cause of truth in a world driven with Terror, dishonesty, and at the edge of destruction.

To put in plain words:  I am trying to explain the failing of the past to the powers of the present in the hope that accurate information as they are would do more good than giving risk-free sermons and passing judgment.

I believe the world is changing.  The world is ready for information, accurate information, no matter how is presented as long as it is true and can be proven.  The West is worried about ‘Islam,’ the Shiites and the global terrorism.  I believe after what is happening, Christians particularly Americans are no longer in the mood to turn the other check.

I want to present information in ways that the American public can use and still be friends with the Muslims of the world.

Following you will find some information about Khomeini and what he did to Iran after the revolution in the late 70’S, in future issues I will share more about the history of terrorism particular in Iran and the latest “Intel” from the ground in Iran what is really going on today. 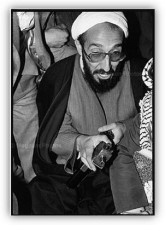 In a speech on July 1, 1980 in city of Qom (Shiites Holiest Mosque), Ruhollah Khomeini,the supreme leader of Islamic community, explained the true functions of mosques.  He declared, “Compassion is in conflict with God” and “Mosques are built with Mehrab.”The word mehrab (altar, adytum) does not only mean an inner sanctum, the word harb means war, and mehrabmeans a battlefield.  The word mehrab in Arabic and Koran means ‘theatre of war’.  He added, “The prophet has swords to kill humans. Ummat, followers of the prophet Mohammad, peace be up on them, were all Jundi (militia) and they all drew their swords and they were all killers of human beings.  We want a leader who cuts off hands, gives lashes, and kills by stoning, the same way that Prophet Mohammad, peace be up on him,  did.  Mohammad cut off people’s hands, flogged, and stoned them to death.  Mohammad, peace be up on him, massacred the entire ‘discontented’ Jewish tribe of ‘BaniGharizeh.’

It was in the mosques or holy places that Khomeini spewed out his theoretical wrath and devised his revolutionary Islamic plot.  And after each sermon, Iran’s Arab clergy came out into the streets of Tehran,among other cities, armed with guns and machine guns, licensed and ready to shoot Iranians who they believed did not adhere to Khomeini’s strict Islam.

Mosques are places that Muslim leaders recite Koranic verses for its followers. Iranians have lost their nationality, rationality, and power of reasoning by following, the most irrational guidelines coming from these the Koranic pronouncement.

What will happen if we give in?  Ask an Iranian! 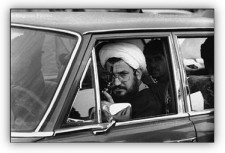 The genocide against Iranians, the car bombs that slaughters innocent men, women and children, the dehumanization of women, the stonings, the worldwide terror coming from Islamism extremists that make these Islamic countries fight for their survival, should serve to convince America and the West that this is not just a distant peril.  It is real, it is here, and soon it will become a permanent nightmare.

Americans, just as Iranians,will be force to hold allegiance to the Arab Islam and the sands of Arabia.  America would be prohibited from or the least chastised for acknowledging their heritage, the heritage they created for their children.

The Islamic nations have a common enemy in Arab Islam’s teaching.  It all comes from the ‘mosques.’  Mosques should stay where they are, in the Middle East.

Think for a moment:What gifts (other than poverty,broken spirit, shortage of literacy, profusion of backwardness, bleak economic deficiency, dictatorship, totalitarianism,terror, etc.) has the Arab Islam bestowed upon Muslims?