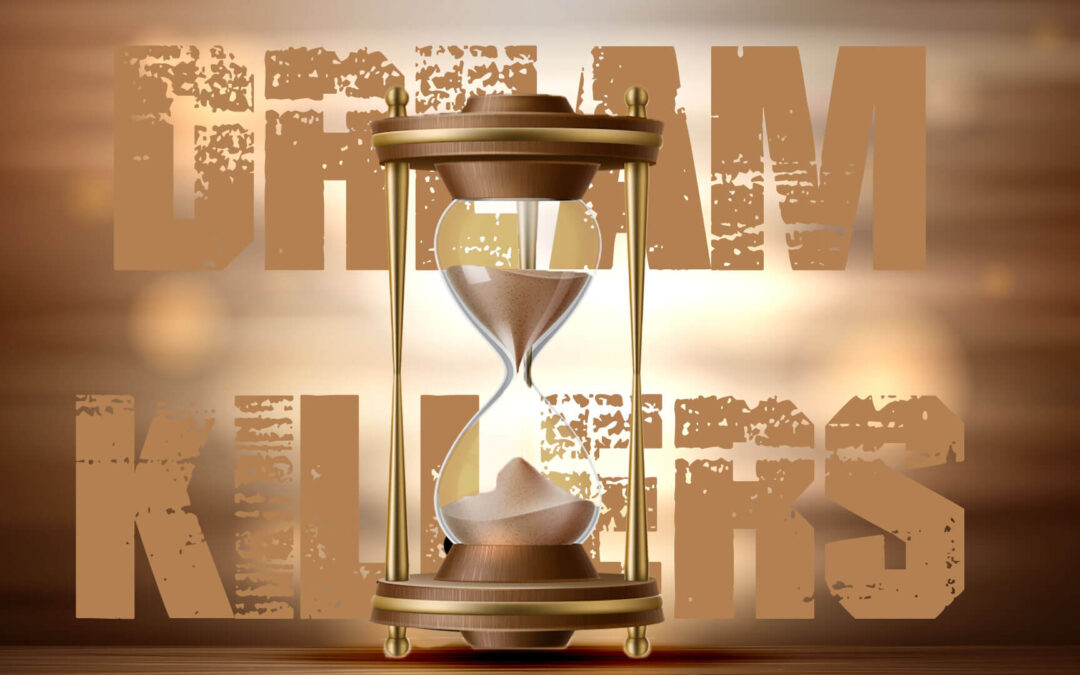 Do you know that Sunnis adhere to true Islam while Shiites live outside of Islam?

Do you know how the Shiite uses a little known reference in Koran, to lie in order to survive?

For too long writers particularly those in the west have been exceptionally cordial and carefully steered clear of dispute on the role of Shiite Islam in fostering violence.  In doing so, they encouraged a tiny minority of Farsi speaking Arabs in Iran to have their biggest plunder in the history of our civilization.

However, unlike the past generations who relied solely on the accounts from Iran’s Arab clergy whose survival, depended on tragedy telling and the blur boundaries between history and imaginary tale, This generations have physical evidence  by way of Photos, live news, DVD’s, Face book, Twitter, Cell phones of the events as it happens.

It is the hope of this writer that reader will gain knowledge by shedding light on the history unfolding before our eyes and while still fresh with key participants alive.

In rendering an account of unfolding, writer’s aim is not to yield to temptation to distort truth or to make a sense of it.  The mission of this writer is an attempt to shed light on the secretive plot design on Iran.  The means they managed to turn their age-old scheme into reality using Islam as a tool.  It is up to the Iranian people, the West, and particularly the U.S. policy makers to make a sense of what is happening today.  Every reference is made with accurate documentations accessible without compromising the integrity of the source.

While showing step-by-step, day-to-day how a handful of Arab Iranian clergy through use of Shria (the Islamic law), taghiya (permissible lie), Marjae Taghlead (no independent thinking), infallibility, Monafiq (hypocrite) Mehdi (the coming of Arab imam) and Mortad (automatic death sentence if leaving Islam), terrorized, tricked, and prepared naive Iranians for their Islamic revolution and Their ultimate goal of turning Iran into another Arab state.  Finally, to exposes false accounts of prophets and imams that secular Iranians learned and now believe that a single one of them is enough to poison a nation’s mind and impair its capacity to think.

It is express wish of the author to make it plain that the word “Arab” explicitly refers to the Iran’s Farsi speaking Arab Shiite clergy.  Those Arabs who came into Iran around the 16th century with a mission to convert Iranian Sunnis into Shiites, and, in the process conversion, they almost wipe out the entire population.  Nevertheless, the same uncultured, unassimilated, children of the Arab is ruling Iran today.  Moreover, the word Islam is referred to Iran’s Shiite institution.

The cold and heartless killing of Iran’s Sunnis presented a unique opportunity for the Shiite to not only revenge the killing of their Imam Hussein by the Sunnis, but also created an opening to use Iran as a political base to unite “world Shiites” for future encounter with the Sunnis.

Since the new comers spoke Arabic and the Koran was in Arabic, the unschooled, inexperienced, Iranians took the Arab words as part of the Koran or suggestive of connection to the Koran and the Shiite saints.  As the time went on, the Arab mullahs enforced their values, and their laws that were directly out of tribal Arabia, upon the Iranians.  As the numbers of these Arab mullahs grew, so did their power and influence over the government and the unsuspecting Iranians.  Later, in addition to the Sunnis, they added Jews an ‘old foe,’ and Baha’is, a ‘new rival’ to their list of “enemies of Islam.”

Although this was not the first time Iran became a land of easy living for the Arabs, it was the beginning of the use of religion as a political tool and as a core base for their terror on a grand scale and without accountability or restrain.

Here is a brief history of the difference between Shiite and Sunni — and why it is important to know, is embedded in the faith of present Iran, and the future of the world.

The word “Sunni” in Arabic comes from a word meaning “one who follows the traditions of the Prophet”.

The word “Shia” in Arabic means a group or supportive party of people.  They are also called “Shia-ye-Ali”, or “the Party of Ali,” “Ahl-al-Bayt” or “Household of the Prophet.”  Ali is the Shiite ‘First’ imam (leader) and Sunnis ‘fourth.’  1

1.         Since the prophet had no sons, and did not designate a successor, many of the Prophet’s companions decided to hold an election and agreed that the new leader should be elected from among those capable of the job.  In fact, that is what precisely happened.  They decided in favor of Abu Bakr, Mohammad’s disciple and close advisor from the earliest days, and father of his second wife ‘A’ishah.  Abu Bakr was the most judicious and most senor of all candidates.  He became the first of the so-called ‘four legitimate caliphs’ (Arabic khalifah,” successor”, representative”), of the Islamic nation.

However, here is how both parties view the history of Islam.

According to the Shiite, the history of Islam was as follows:  23 years of Prophet Mohammad’s Resalah (the time Mohammad spent in Mecca and Medina), 24 years of ‘rebellion’ (the era of the first three Caliphs), and 6 years of Ali’s rule.  The Sunnis believe that the Prophet was replaced by a Caliph immediately after his demise and there had been no gap.  2. Allamah Khalid Mahmud, Director, Islamic Academy, Manchester, United Kingdom Translated by Abdurrahman Ishâq

The election of the “rightly guided caliphs” Abu Bakr (632-634), Omar (634-644), Othman (644-656), Ali (656-661), gave hope that the Sunnis aspiration would be the first outstanding contribution to the world democracy by the way of newborn Islam.  The system of “election” that was Sunni’s practical donation to the Islamic world became Shiites thorn-in-the-side and a source of irritation that have caused the everlasting divide.

Shiite declared that only Ali, (the fourth Sunni caliph and the first Shiite imam) Prophet Mohammad’s son-in-law and ‘Alivian’ the direct descendants of ‘Ali’s marriage to the Prophet’s daughter Fatimah, “qualify” as a leader of the entire Muslim community.  This was done, even though Shiite conceded that Ali accepted his predecessor and approved Abu-Bakr’s Caliphate.  After the third caliph was assassinated, Ali became the fourth caliph.  The Shiites broke rank and the split that formed over the years grew into central distinctions that continue to affect the history of the world.

Although Splits among religions is a common cause of violence, no split has led to as much hatred, as much bloodshed as that between the Sunni and Shiite.

Shiite claims that Mohammad elected Ali as his successor and announced it at the gathering of ‘Ghadir-e- Khum.’  Sunni believe that although Mohammad praised Ali at the ‘pond of Khum,’ Prophet did not make any statements as who shall be his successor.  The exact meaning of the praise is subject of interpretation.

What’s more, The Prophet delivered his Farewell sermon in Mecca in front of the largest gathering of Muslims from every city to Hajj, and that would logically be the most appropriate time and place to announce, the appointment of Ali as his successor.  In fact, the entire Muslim Ummat was gathering there to hear his parting words and perhaps the appointment of a successor.

2.         Shiite does not believe that Mohammad fully accomplished what he set out to do therefore; “Mehdi” the Shiite’s absent imam is the one to complete what Mohammad left unfinished.  “This of course is a slap on the face of Sunnis,” says Ahmad Khalid Mahmud.  With regard to the mission of the prophet, Iran’s Shiite leader Ruhollah Khomeini says, 3“ The seal of prophethood had come for the reformation of mankind but he was unsuccessful in his time”.  Khomeini also write, “The imam of the time (Mehdi) will come with a message of implementing justice in our lives and he will bring about a change in the entire universe.  This is the obligation and duty in which even the messenger of Islam, Mohammad was not completely successful.”

3.         Infallibility: Shiite thrives on infallibility, while Sunni view infallibility as a sin.  Imam in Sunni has limited authorities, (leading prayers in mosques, explanation of Koranic verses,)

However, Shiite Imam is Infallible.  Shiite imam is head of the entire world Muslim community with godly power and deep knowledge and capacity to convey the word of God.

Fatima Mernissi writes, 4 “one of the ideas that divide Sunnis and Shiites is that the Sunnis do not believe in the infallibility of the imam, for infallibility belongs only to God: no human being, even an imam or caliph, can claim it.  Making mistake is the privilege of human beings and thus makes it impossible to criticize those in power.”

Khomeini anointed himself as an Imam and ordered the killing of Iranian secular.  Through his fatwa, he wiped out Shah’s generals and military personals.  He sent nearly 300.000 twelve and thirteen-year-old boys to war most never made it back.

When your Bible tells you can lie to survive?

Farsi dictionary defines taghiya as ‘distortion of facts, hide something by pretense.’

Moroccan scholar and author, Fatima Mernissi, in her book “Islam and democracy” writes, 5 “In the Koran, taghiya means “tyrant,” a holder of power that knows no limits.  The concept has various aspects, each as negative as the other.  Sometimes it is a matter of overweening pride that impedes submission (sura 2, v. 14), sometime the despotic megalomania of such as Pharaoh, who is mentioned by name (sura 20, v. 24, 43).  The taghiya is the leader who is contemptuous toward everything, including the divine.”  She also writes “taghiya is a favorite word in the language of modern Islamic fundamentalists; it is the insult they most often throw at the heads of contemporary Muslim leaders”. 5        Fatima Mernissi Islam and democracy 105

In day-to-day life of Sunnis, not only ‘speaking lie’ is not permissible, it is (Haraam) forbidden.  On the other hand, Shiite encourages its followers to do Tághiya (permissible lie) whenever they seem necessary.

In modern days, the 1930,s and on, Iran’s Arab ayatollahs used taghiya on daily bases to mislead Iranian and the Iranian government.  Grand Ayatollahs Kashani, Behbahani, Broujerdi, Khomeini, and today’s supreme leader ayatollah Khamenei, all encouraged and ‘demanded’ Shiite clergy to use taghiya.

Khomeini has repeatedly said, “In times, the distortion of fact is neither a sin nor a vice for the good of Islam.”

It certainly did for the innocent Iranians.  It is inconceivable how far an Islamic leader departs from the truth to make his revolution a success by for example, telling the indigents, “everyone is ‘entitle’ to a free home with utilities paid for life.”

That distortion of facts for the spread of Islam has given license to self-appointed Farsi speaking Arab clergy to detain, torture, and execute Iranians.

That distortion of facts for the ‘good of Islam’ has undermined trust of their followers, their neighboring nations, and before long the international community.  More so, it has damaged the image of Islam as a whole and in it has placed the Sunnis who are 90% of the world Muslims and do not subscribe to Taghiya, in the same category.