DOES LACK OF HEALTH CARE POSE A SECURITY RISK 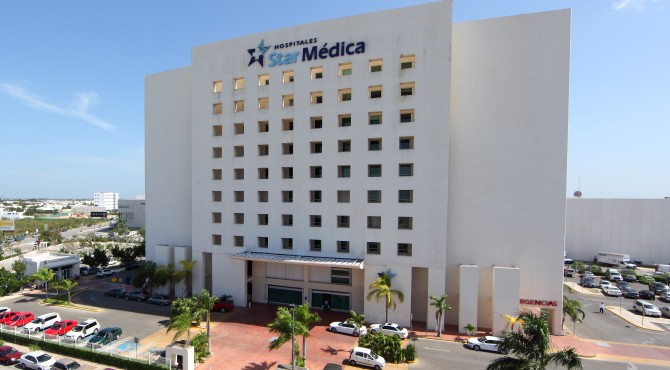 As you know my background is Law Enforcement, Intelligence and security, than what am I doing talking about Health Care. I believe with the way our politicians over the last 40 years, or more, have neglected developing a private health care system, that provides health care that is affordable to the average person, will become a security issue. Special interest with deep pockets of lobbying money, for both Democrats and Republicans, have ensured that drug companies have run wild with cost as well as the legal profession has with massive growth in law suits.

If the radical left has its way and eliminates the private carriers for government single payer the security issues will accelerate rapidly. Why would security issues rise? If health care deteriorates and becomes rationed, which it would with a government  single payer and citizens by the millions could not get the care they needed, there would be fall out.

It would not be unlike having a hacking of our financial system or massive recession where the citizen could not get food, gas, the necessities and money from an ATM. It this went on for an extended time, and looked as if it was going to be the new norm there would be an uprising.

As the politicians on both sides look away and take their large campaign contributions and other perks, there is a model just south of the USA that we could learn from.

I speak from first-hand experience having benefited from Mexico’s first rate health care. You might be thinking what planet is this guy on. I can understand that, for most Americans have a slanted view of the modern Mexico due to the press or visits to the border towns.

I have been in Mexico for over 40 years working with police and military and a few ago got involved through my security background in a Black Sands project and over time took it over. Two years ago we came to Queretaro to build out our plant. As I traveled across Mexico looking for the right area for us I discovered a country that had been transformed over the last 25 years due to NAFTA and its benefits to the country.

I found a country that had very modern well maintained freeway systems all across the country with 5 star bus service which is very low cost as the average Mexican citizen can use it. They modernized the electronic data systems going paperless in government agencies which makes the U.S. look old fashion. NAFTA has made it a business friendly country by having a seamless intercountry system between the US, Mexico and Canada where you can operate easily. (Not enough space or time to deal with all the changes to doing business.)

Now to Health care, which had also being transformed by the government staying out of the way of the private hospitals and just providing the safety net with the Social Security hospitals for the ones who can’t pay. But drug companies have not been allowed to gouge the private induvial or insurance company, law suits are rare and the citizen can choose their own health care. In the insurance area they have a 3 tier level of insurance you can purchase choosing the tier you want. The insurance is a faction of the cost in the states with the business groups being much lower.

My case study and experience.

In late 2017 I had a small intestine  blockage which led to a lot of pain and 4 nights in emergency and one night as inpatient in the hospital preparing for surgery, which thankfully I didn’t need as the blockage loosen without surgery. I selected a tire one hospital, Star medical, which when you walk in you felt you were in a 5 star hotel anyway in the world. I was taken into emergency and within an hour, with their state of the art equipment had done a full work on me including full labs with the results, full body scans and heart ekg and scans. I felt very secure with the professionalism of the staff and doctors.

As the blockage grew over the next four days and I was back to emergency with specialists being called in to try and determine what was causing the blockage. You could see the blockage on the x-ray but no reason why it was there. On the fourth night they called the surgeon to give me options and they admitted me into the hospital due to concerns about infections starting. While being prepped for surgery the blockage broke on its own, I believe an answer to people praying, and every one including the surgeon was saying this was a miracle.

If I had been in the states at a hospital who knows how long it would have taken to get all the approvals needed for all I had done for me. Now the good part, all that I have explained with all of the medicines, procedures, doctors and hospital care the cost was $2200 USD and my insurance company in the US paid the bill and said in the states it would have been $50,000. How and Why is that possible? How can Mexico provide this quality of care at such a reduced cost? Let me suggest Private competition and not allowing the outside interest to drive up cost through corruption and campaign contributions.

My experience with preventive care.

I had some issues develop which caused me concern and I was pasted due for a yearly physical. In the US the physical is pretty basic check your vitals, do blood work, and if nothing looks out of the ordinary, you are good to go. I watch over the years as people I know who were getting physicals or maybe didn’t have access to them who were suddenly diagnosed with stage 4 cancer, that had taken years to develop.

I have a primary doctor, in Queretaro, she is my family and for the business who practiced in the states and Europe. When I went to her with my concerns she immediate said we need to do a full work and she started the office part then and sent me to the lab for every test known to man. I walked in and was out in 15 minutes from a Lab that was as first rate as any in US. The next day on line I had all the test results. From there two days later to an image center where I had full ultra- sound of my whole lower body and the doctor walked me through on the screen all of my body parts and functions as he measured them. He spent an hour and a half with me expanding every function so I knew what was going on. I have never had that attention from any doctor in the US.

Then they did an EKG and full X-ray panel of heart and back. I picked up all the results the next day and on the following day was back at the doctor with all the test results who went over them with me. She also set me up for a 6 hour study that she performed of all my physical, mental, memory, balance and my ability to live alone without concerns. It turned out that I didn’t have any issues that I thought I might have and the Doctor told me keep up with exercise and on my vitamins and am good for another year.

All of what I had done cost me $400 USD with Doctors, labs and imaging center. Instead of the left pushing for socialized medicine which doesn’t work, look to places where the private sector is the primary medical care approach with the government providing the safety net for those who can’t afford to pay. But is the reason for the U.S. approach, that so many of the politicians are having their pockets stuffed with pay offs so the big drug companies can continue the huge profits and the left gain power over the people.

As I have watch over the last few years the political divide grow with the left becoming violent and not willing to come to the middle to solve issues, I am concerned what America will become if we don’t let our voices be heard. It is not to late but if we are silent it soon will be.

We all are stock holders in the biggest company in the world, the USA, lets voice our descent and come forth with solutions that will benefit all citizens.

Until next time Be safe