For many years it was talked about and finally they have a working system to run visa holders through multiple security agencies data bases automatically to see if they are over staying with a focus on those who might be national security risk.

When the screening started they had a backlog of over 1.6 million unchecked over stayed visa. To add to the problem the Obama Administration told Immigration and Customs officials to prioritize deportations and allow those with families or students to stay. Of course those would be future democratic votes even through they have broken the law. All of our hearts open to those who want to come here to improve their lives but we all have to obey the law as they do in other countries with their border laws. For those on the left breaking the law is all about the situation and if it meets the lefts agenda to have government control our lives then break law we know what is best for you. Will we wake up in time?

On the Middle East front while Abbas of the Palestine Authority is pushing for UN recognition Hamas is quickly spreading their base and the latest Intelligence shows they are preparing to launch more suicide bomb attacks on innocent Israeli citizens. Hamas is also denying they were asked to leave Syria for they have worn out their welcome there and Syria doesn’t want to deal with the fall out from Hamas operating from their territory, particular with attacks against Israel which would surely bring retaliatory attacks on Syria. 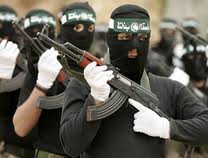 I encourage all of us in America not to weary out with all the seemly unsolvable problems of the world. There is hope if we all come together and let our voice be heard.

Until next time, Be Safe.  Phil