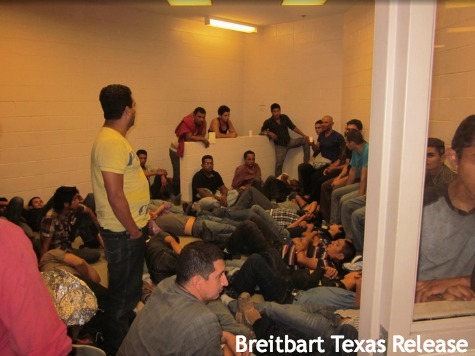 There is an old saying “The World Is Going To Hell in A Hand basket” and it sure seems that way with the conflicts around the world with countries going into civil war or attacks from neighbors.

In this post I am going to deal with the disaster closes to us, our Southern Border and the onslaught  of minors coming to the US. The question is why now? Who is behind it? Is there one central reason? Check out some of these minors. Some of them sure look older then 18!

Over the last months we have had teams, from our Central American operation center, on the ground in  Guatemala, Honduras, El Salvador, Mexico and others. Our military and police sources tell us the main reason for the current growing volume of kids is the open border we have and the current administrations unwillingness to act to stop the illegals. This they say this is like waving a red flag in front of the bull which takes that as charge. There is a charge to our Southern Border.

As i am writing this post I received word from our team in Honduras that at this time on the streets there it is being broadcast that if you get your kids to the boarder by the end of the month the American President is going to issue Amnesty to all the kids.  They told me to expect an even bigger number to arrive. And it will continue to grow unless the boarder is closed.

The three levels are a man, a Middle Eastern, living in Mexico who is funding the cartels who pay the coyotes. Everyone gets something for the effort.

The man funding the cartels wants to be able add in Middle East terrorist to the flow when it hits Mexico with young men dressed as Mexican and who have learned Spanish. They will get in place in the states and be in place when called for.

The cartel gets to infiltrate gang and cartel members into the mix to get drug transporters and enforcers into the states.  They also deal in the sex trade and many of the girls and boys are sold into slavery and raped among other  things along the way. Our governments inaction on closing our border is contributing to the slavery, rape and murder of innocent young people. Wow is this politics or what!!

The coyotes get what they want, payed for the trip for each child and they also deal in rape and assaults along the way.

It has been said by our enemies over the years that they couldn’t fight us and win so they moved to trying to destroy us from within. This is one of the ways they can do it and they will unless we wake up. This problem is not going away and unless we take action to close our borders and enforce our laws we will fall from within.

Our influence and respect is declining quickly around the world and world events show that. Our enemies are no longer afraid of us and what we have done is cause our friends to distrust us for they know with the current administration they will be left on their own.

Mexico is very concerned and they have a commission preparing a report to their President for possible action and use of the military. They aren’t afraid to use their military to protect their citizens, unlike the current US position.

In my next post I will deal with the Middle East.

Until then Be Safe. Remember we can still take back our country.