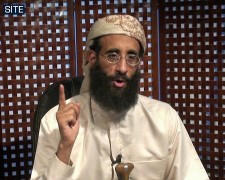 SHOULD THE PRESIDENT BE ABLE TO TARGET TERRORIST WHO ARE AMERICAN CITIZENS?

I must admit I have mixed feelings about this issue as my strong belief in individual rights mix with my knowing to protect our citizens from terrorist attacks we have to at times take preemptive action against targets. What is causing all the fire storm now is the fact that this terrorist is an American citizen. It is interesting to note that many on the left who were condemning Bush for just listening in on calls are strangely silent and some are OK with Obama actions. I guess it gets down to, if it is your guy pulling the trigger then that makes it right.

For me the main issue that tips the scales toward taking this action is the fact that he has gone into hiding in a foreign country and planning his attacks from there. If he had been in the US I think that my wanting to protect the constitution and all our freedoms would opt for finding him and bringing him to trial. I have a problem with any president, no matter what side of the political isle they might be on, having the freedom of life or death with out due process.

This debate will rage on as this will come up again and we need to be watching where the political players come down on this. It is pretty easy to see which group is really concerned about protecting our country and supporting actions such as these even when it is the other side. I noted that some of the top Republicans were vocal in support of Obama and you know full well had this been a Republican President they would be lining him up for the firing squad wall.

What is your thoughts on all this?

Until next time Be Safe.  Phil