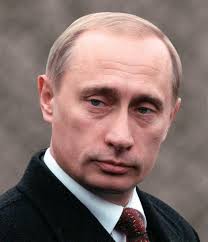 Is the KGB puppet master really afraid of Iran and them getting a Nuke? Some think his approach in dealing with Iran has been keep your friends close and your enemies even closer. I think you will find the following Op-Ed interesting.

The following Op-Ed is so right on and shares very important information that we are need to read. There is a lot at Stake in the Middle East and the Gulf that can and will effect all of us.

What is wrong with our leaders?

Op-Ed: Obama Double-Cross Sent Saudi Arabia to Putin
Published: Thursday, August 08, 2013 8:03 PM
What is the real reason Obama cancelled his trip to Russia? The writer has a different take on the situation.

Mark Langfan
The writer, who often writes on security issues, has created an original educational 3d Topographic Map System of Israel to facilitate clear understanding of the dangers facing Israel and its water supply. It has been studied by US lawmakers and can be seen at www.marklangfan.com.
Obama cancelled his summit with Putin over Snowden. But, maybe not.
I posit Obama cancelled his meeting with Putin because the entire moderate Sunni bloc was tired of Obama’s double-crossing and stealthy pro-Iranian alliance, and made Putin an offer he couldn’t refuse.

Saudi Arabia will order billions of dollars in Russian arms purchases for moderate Sunni countries such as itself and Egypt.  But, most importantly, Saudi Arabia will become a critical an ally of Russia to stop Putin’s greatest nightmare, a waxing Sunni extremist arc on his southern-western flank mixed with a nuclear Iran to his south-east.
In short, through Obama’s betrayal of Egypt and Saudi Arabia, America has lost as allies the two ultimate pillars of Arab stability: Egypt and Saudi Arabia.
“Saudi Arabia has offered Russia economic incentives including a major arms deal and a pledge not to challenge Russian gas sales if Moscow scales back support for Syrian President Bashar al-Assad, Middle East sources and Western diplomats said on Wednesday.

“The proposed deal between two of the leading power brokers in Syria’s devastating civil war was set out by Saudi intelligence chief Prince Bandar bin Sultan at a meeting with Russian President Vladimir Putin in Moscow last week, they said.”
This is nothing short of a watershed event which will turn the entire Middle East up-side- down.
First, the monetary benefit to Russia,  and the concomitant monetary detriment to the United States and Great Britain are unimaginable.  Russia will gain countless billions, and American weapons companies and thousands of American jobs will disappear.  With the revitalized cash flow to its weapons builder’s, Russia may even produce weapons which will be tactically and strategically superior to American weapons.
This disappearing American qualitative edge induced by Saudi money funding Russian “R and D” will have cataclysmic practical effects on America’s order of battle everywhere in the world.

Second, past the money issue, Saudi Arabia can offer Putin something more precious than rubies. Saudi Arabia can offer itself and the entire moderate Sunni bloc as Russia’s common ally against Islamic extremism.  Russia can form a strategic alliance bounded by Syria to the north, Saudi Arabia to the south and east, and Egypt to the West with Jordan gluing them all together.  Post-Assad all these moderate Sunnis countries represent Putin’s best, and only, hope to stop the radical Islamism of the Levant and Mesopotamia.
Finally, Saudi Arabia’s greatest asset that will clinch the Arab-Russian alliance is that the Saudis offer Putin a sea of southern stability, while Iran guarantees a cancerous growth of nuclear hegemony which will shortly existentially threaten Russia herself.

If Putin believed Iran was Russia’s “greatest threat” before she had an atomic bomb, just imagine the apocalyptic threat Iran would represent if she gained an arsenal uranium and plutonium bombs. Putin could very well have been employing a “keep friends close, enemies closer” strategy with Iran.
Saudi Arabia and Russia have the exact joint cause to worry that Iran represents an existential threat to both of them.  Obama clearly doesn’t remotely share Russia and Saudi Arabia’s alarm about a nuclear Iran.  In fact, Obama’s call for a bi-lateral Iran-US summit tipped Obama’s hand to Putin, who felt that Obama had already sanctioned Iran’s acquisition of a bomb, and everything else was a side-show.

As for Israel, Israel’s weakness in caving in to the Arab extremist demands of the false peace-process has only given oxygen to the extremist forces that Russia and the moderate Sunnis want to destroy.  To the Saudis and the Russians, a Palestinian Arab state will be a nucleus of instability which will topple Jordan on its way to undermining and destroying the last pillar of Arab Muslim moderation: Saudi Arabia.

America has missed the boat.

Until Next time be Safe and Informed..