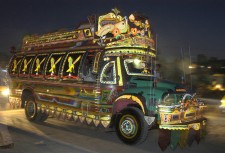 WHAT DOES THE FUTURE HOLD IN TERRORISM?

Scenes from Pakistani show us the human side of the country and I have found as I travel the world the people are the same the world over it is to bad that governments are suppose to solve problems I think the people could do better. 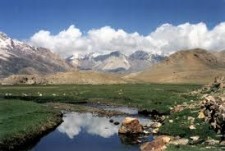 One might think that with some of the high profile killing of al-Qaeda leaders that we are really winning and we could expect a drastic reduction in terrorism for the future. As we think of that I am reminded of the period after the Iron Curtain came down and the world went into the coasting mode and breathed a sigh of relief as we felt the evil of the world was on the way out. Big Mistake, for as we settled into our comfortable lives and reduced our preventive measures as unnecessary in the new world the Al-Qaeda’s and others of the world slowly were building unchecked toward 9-11 in the U.S.

Many “blunders” allowed this to happen and some of it was naivety and the world view of the left that we should be able to talk to our enemies and just get along. The history of the world shows that talk and giving in to terrorist doesn’t work. Reflecting on the time after 1989 in the world brings me to view the current time, particular the last 2 ½ years with the current administration, with the same mistakes being made.

A recent book on Obama called The Amateur, really sums up the current administration and their actions in conducing foreign policy and counter terrorism. One of the big problems with the current administration is that no one in the leadership has any real experience in business or real management, they are professional politicians, and their policy and actions are like Amateurs. Take the recent comments by the Sectary of Defense, Leon Panetta, coming down hard on Pakistani causing them to with drawl the reopening of supply lines to Afghanistan. Was this just bad timing or is he so disconnected to how to deal with friends that he is another Amateur?

The danger of the current policy is that it has been so political with the apparent purpose being to make Obama look like a commander in chief to win reelection. Think about his past and how he has condemned in others what he is doing now. I don’t think he has really changed but is willing to do anything to get reelected even if that means firing drones at areas where there will be high civilian casualties.

Many experts look at the current policy played out in the press about Pakistani being the problem saying that much of what is being said for the press should be done in private and giving them the cover with their domestic problems so they can help us more. The recent history of Pakistani has been more friend then enemy and if we had more than Amateurs in the government we might be able to really make inroads into stopping the terrorist. Food for thought.

Another indication that politics and reelection are more important them the U.S. national interest is the recent leaks to the New York Times. This was high level and meant to cast the President in a positive Hawk role, what a joke; does anyone really believe Obama as a hawk? The massive fall out from this political calculation will probably never be known but one of the hidden fall outs will be our friends will be less willing to share intelligence with us and those who might help us will be very cautious not wanting the risk of exposure with politics being more important than security.

We as a country have had a history of having people making foreign policy decisions that were not equipped or trained to make the decisions required so it in many cases has wound up working against us. Hopefully in November we will get it right if we don’t I shudder to think what will happen to us as a nation. Remember you and I are the hope for this nation not the political animals that get in power so be informed, get involved and let your voice and vote be heard.

Until next time; Be Safe.