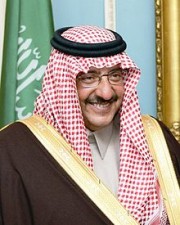 It wasn’t until after 9-11 when I opened an office in Riyadh, Saudi Arabia  that I became aware of the deep ties at high levels between Saudi and Israel. This is a real catch 22 particular for Saudi as all the Arab countries have to be concerned about the local population and information that those who promote  Jihad could use to inflame the locals against the government.

So for local consumption any ties are down played and the hard line is promoted publicly. I do not want to share information which will give the radicals fodder but I think we in the West, particular the U.S., need to know where our administration has ceded leadership someone is stepping in.

It is very clear where this administration is headed with the negotiations with Iran on their Nuclear program is going. Obama is so focused on getting a deal any deal that he will leave the Iranians the ability to quickly move toward a bomb. That is something that both Saudi Arabia and Israel can’t allow.

In a recent meeting between Israel Justice Minister Tzipi Livni and Saudi Prince Turki bin Faisal in New York, at the recent UN General assembly, they cussed issues facing both countries. This was follow up by  a secret meeting in Riyadh between a close adviser to Abdulaziz bin Abdullah and Saudi Interior Minister Prince Nayef where the sensitive of the two country relationship was discussed.

At the meeting in New York the subjects raised, according to sources, by the Saudi and Israeli officials were:

1. Strengthening cooperation between Saudi Arabia and Israel in defeating the government of Syrian President Bashar al-Assad,

2. All-out cooperation to prevent a nuclear deal between Iran and the West in a way that Tehran’s relations with the western states will be experience serious trouble and lead the nuclear talks to a failure,

4. Given the existence of differences between Saudi Arabia and Qatar on the political, territorial, economic and regional issues, Israel undertook to support Riyadh’s stances and force Qatar to accept the preconditions of Saudi Arabia, Bahrain and the UAE for ending the existing conflicts, and

5. During the meeting between Turki al-Faisal and Tzipi Livni in New York, Saudi Arabia has presented a dual-track approach to play with Iran which started with Turki al-Faisal’s meeting with Iranian Foreign Minister Mohammad Javad Zarif in New York.

The growing relationship between Saudi and Israel is in direct response to America’s declining role as the world leader and diminishing influence. If this continues then we can expect more world crises to arise as the terrorist and others test their new found freedom.

Until next time be safe: