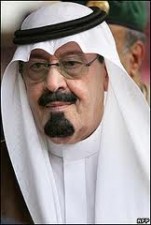 The time has come and King Abdullah has passed away and now what is the future for the Kingdom. I believe it will be stability.

Most in the West won’t understand how the swiftness of the the appointment of the new King, Crown Prince Muqrin and Prince Mohammad bin Nayef following him as King. This is just as King Abdullah planned so there were be stability and so his plans for modernization, woman’s rights, religious tolerance and a strong front to show Iran and the terrorist that they won’t gain a foot hold during this time.

Some of the Alligance Council who confirmed King Salman and Crown Prince.

King Abdulalh was not a perfect leader, like all of us he was human, but he had great wisdom and for sight to realize that at this time in history stability was of utmost importance.  Normally selecting a new King could take some time and a lot of infighting for position, this time it was avoided by King Abdullah’s thinking ahead.

I have set and watched with bewilderment as the current administration in Washington  has given a free hand to Iran to move forward with full speed on their goal being a nuclear power and as well as a dominant force in the Gulf. It is very apparent that this administration doesn’t have any ‘Street Smarts” and they are being played like puppets by the masters in Iran. If someone figures out what their motive is please let me know.

We are approaching one of the most dangerous times in the Middle East as all the forces of evil work over time to take control. Now Iran is on the move with their control in Syria, Lebanon, growing in Iraq and now the take over in Yemen. They have surrounded Saudi Arabia and will now continue to tighten the noose around Saudi to attempt to foster unrest within and to work to an over throw of the House of Saud before ISIS does.

The area is fast approaching dooms day, the day Iran goes Nuclear which will mean the tipping of power in the Gulf and will lead to outright hostilities or the immediate advancement to the Gulf countries going Nuclear.  Dooms day could be pushed back by Israel and Saudi taking action, plans are on the table, to strike Iran and setting back their Nuclear ability. There is a lot of questions around the ability to totally take out their Nuclear program it is to spread out.

If I was setting where Israel and the Gulf countries are at I would not just look at taking out the Nuclear sites but also strike at the command and control centers of  both the Republican Guard and the Mullahs. This would give a chance for the true Iranian patriots in the military to rise up and take control and return the country to the Iranian people. This is the only way Israel and the Gulf will have long term security.

But as a world have we gone so for to the left and political correctness that necessary actions would not be taken even through we know that not to act is to destroy ourselves in long term. I don’t like the thought of war but Sometimes we have to act to prevent another holocaust and this time it wouldn’t be just the Jews.