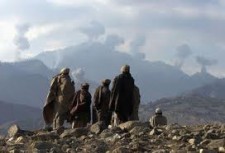 WILL AL QAEDA FAIL LIKE OTHER TERRORIST ORGANIZATIONS BEFORE THEM?

There is talk of al Qaeda being destroyed 22 years after its founding but the point is missed that there have been many similar terrorist organizations. al Qaeda is not unique and Islamic radical groups are nothing new. In fact, Islam grew due to the efforts of murderous zealots, who offered mercy and tax breaks for those who converted. All that has changed in 1500 years is the technology. The last decade of fighting has cost the West over a Trillion Dollars and the Islamic world hundreds of billions. The result has been some fundamental changes. the most important one is a growing belief among Muslims, especially Arabs, that all their problems are caused by internal flaws, not external factors. ( The west and the Jews)

Blaming the Jews has accomplished nothing, except providing more opportunities to fail. Supporting al Qaeda with money led to 9-11 which caused the West to rise up and wipe out their training camps and hide outs. The 10 years of war has shown that  the West has superior military power and brought  more failures for the terrorist. Al Qaeda actions in killing thousands of Muslims have turned the masses in the Arab world against them and some are speaking up even in the face of death by the terrorist. The bottom line of all of this is that most people of all faiths, and that includes Muslims, don’t believe in killing those who don’t believe like you do, or killing them if they won’t convert to your faith.

I believe we as a people and nation have to be strong and take appropriate action against violence but at the same time we need to encourage those within Islam and any other faith who uses violence to stand up against it and defeat the radicals.

The danger we have with our current weak policy and appeasement is that it encourages the enemy to fight harder for they feel they can wear us down. The recent past as close as the 70’s and 80’s in Europe reveals the only way to defeat the terrorist, no matter what their brand, is to strike hard and unrelenting until we eliminate them. It worked in Europe and it will work now.

I encourage you to get on the web and research what is going on so by being informed you can be involved.

Until next time. Be Safe.   Phil