Is the current confusion over releasing the two hikers an internal power struggle or another well planned diversion. Some thought it ties to the upcoming UN appearance by Iran’s President Ahmadinejad and his desire to look statesmen like and take away the issue of Iran holding the hikers on trumped up charges. But could there be something else? As all the attention is on this issue they are rolling out increases in the production of their nuclear power plant which puts them closer to their goal of nuclear weapons. I don’t think any serious observer of  Iran’s dictators style believe they do anything without a purpose to achieve their goal of world power. They are the masters of “Smoke Screens” and like any good magician they are best to get the rest of the world to watch the smoke while their hands are moving their goals forward. Don’t be fooled by Ahmadinejad’s “good will” actions.

As Iran does their smoke screen and call for Syria to back down on their crack down, the Palestine Authority keeps pushing for UN recognition. Where does the US stand on this? 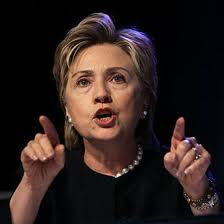 Our Secretary of State is coming down against the PA’s request to the UN but the question is will our ever changing President Obama allow the veto by the US to be done if needed. Both Clinton and the new Secretary of Defense  Panetta is also standing strong with Israel but the joker in all of this is the President. If you can judge from his past actions we might very readily expect him to at the last minute take the approach that he has done in the past and try to appease the Arab world with his support.  The world will be watching closely, particular our friends to see if we are going to again under Obama walk  away from our long  time friends. Israel’s one hope is that the President is more concerned about his reelection then selling America down the river and will have to stand by the threat to veto the request.

It is unfortunate that our memory’s are short but if we could go back to the late 70’s and for those of us who traveled the world we saw it first hand. We had a weak appearing naive President Carter who had taken the US to its lowest point in world opinion and we had no respect from our friends or fear from our enemies. Jump forward to the early 80’s after the American people kicked him out of office and brought in a strong Reagan and within a short time we were back with respect in the world and our enemies had reason to believe we would do what we said and the world became a safer place with freedom and democracy breaking out all over the world.  Hopefully that will be 2013 and 14 for the US as we clean house in Washington once again.

Stay informed and until next time, Be Safe.   Phil