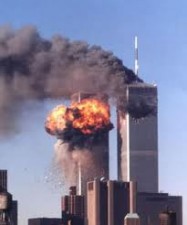 Remembering so we won’t forget:

I must say I am not big on watching the planes fly into the towers over and over but we will be seeing a lot of that. Some is needed to remind of the sacrifice of so many. I try to keep in my mind the image of the brave men and women of the police and fire departments who went into the building time and time again and finally didn’t come out. Our prays go to their families at this time of remembrance.

As we remember we need to think about what caused this tradegy, not the bad Americans of the world but a small group of very violent people who believe it is ok to kill those who don’t think like they do. We know from American history that we as Americans have to get our backs to the wall and then we united and no force on earth can stand against a united America. I was reflecting on how we as a people, all political backgrounds came together to stand against this common enemy and work to defeat terrorism. But 10 years later are we still together or are we back to business as usual or fighting for our way and wanting government to do more for us, forgetting about the creeping threat of terrorism and its real purpose. We lose our focus so easily while the terrorist slowly keep going forward.

My pray for us as a people at this time 10 years later is that we reflect on the heavy price so many paid on that day 10 years ago and make a new vow with ourselves and our neighbors to unite once again to make our country great and to defeat this evil of terrorism.

This picture hopefully will cause us to reflect on the loss but also on the future if we once again untie.

Until next Time, Be Safe.   Phil 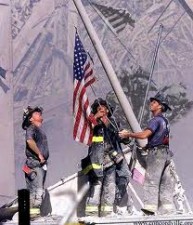