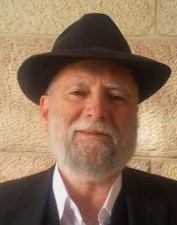 There is a growing group of observers who believe that Iran’s first target is not Israel but Saudi Arabia, and all the threats going towards Israel as the first main target are a diversion.

One of those believers is Rabbi Kahana and he points to the book of Isaiah and Zohar as his reference for his belief that Iran will soon attack Saudi Arabia.Rabbi Kahana, the spiritual leader of the Chazon Yechezkel synagogue in Jerusalem’s Old City, grew up in Brooklyn and has a considerable following among New York City-area supporters of a strong, safe Israel.

He states “I have stated previously, in HaShem’s (God’s) complex world, the reality is not necessarily what one sees at the moment. As in the game of pool, the ball that is being struck by the cue stick is not the one that is intended to fall into the pocket. So too, the headlines of today are only, a preparation for more significant events.

Rabbi Kahana predicts that Iran is preparing to sweep  into Saudi Arabia for two purposes. To take control over the Moslem ‘holy” places of Mecca and Medina, and to control Saudis huge oil reserves. The Iranians are planning to control the flow of oil from the Gulf to the rest of the world, and thereby dominates the world’s economies, and in effect dominate the world.

Is this for fetched? Don’t forget the radical Iranian leaders believe it is there destiny to control the world with their brand of Islam and they are committed to fulling that vision. If the West fails to take this seriously then they just might succeed and it is apparent that Saudi Arabia isn’t going to wait on the West to protect them as they undertake a massive military buildup to protect themselves. One of the things that has spurred the expansion of their military capabilities is the U.S and others support and reaction to the Arab Spring events and how the US and others deserted long time friends.

Be Alert, be watching and be safe until next time.