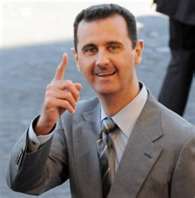 It is Veterans day in the U.S. and we remember the men and women who have not only served but paid the ultimate sacrifice of giving their life so we might be free. As a young man we still had to spent time in the military and I chose the Air Force and my love of airplanes is still with me today. Lets remember and support our military.

From my military training and then into public law enforcement came the interest in investigations and led to my deep passion for counter terrorism. My focus started on where was it coming from and why, and what made the Middle East a hot bed of terrorism. I was exposed to the Middle East problems in the middle 70’s and my journey continues today. You can follow my quest to find the source of terrorism in my first book “Hostile Intent”.

My interest started in Israel, Lebanon and Syria and I got a lot of first hand experience starting in 1976 and the problems that I saw then are still there today but with more danger to the world. With the glut of high tech weapons available to the radical terrorist what was unthinkable in 1976 is possible now. I was alarmed to find out inaccurate the press reporting on what was going on there was and how slanted it was to the left and trying to shape the public opinion of the West. I also was alarmed at how inept our foreign policy was and how ignorant the policy makers were of what was going on in the region. I mean what was really going on.

One of the current events I will comment in this blog involves Syria and what we see today in Syria is partial the results of the U.S. foreign policy mistakes and missing the opportunity over many years to bring Syria into our camp. In fact the misguided policy drove them first to the Soviets and now Iran.

The danger we have helped to create is what will happen when Iran abandon’s Syria and they are moving toward that. They see the hand writing on the wall and they are planning for a future with out Assad. But what will Assad do if he is really in the death throes, one options would be to regionalize the conflict. The easiest way for him to do that would be asking Iran to use Hezbollah to attack Israel but if Iran backs away from Assad he might act alone to start a conflict. Most observers believe it is only a matter of time before Assad falls and what we have to be concerned about is how he falls and what will come after. A radical Syria, and I mean radical, which will make Assad seem like a saint, will likely be the future with the Muslim Brotherhood behind the scenes waiting to take over. Assad has threatened an “earthquake” if foreign powers intervene in Syria but the reality is with or without foreign involvement there will be an earthquake in Syria and the West will be the loser.

A more radical Syria and a future without Assad and more Iranian influence will bring the Middle East closer to an explosion with Syria so important to peace or war with Israel. Stay tuned.

Until next time be safe:  Phil Little