Even thought it is the Holy Month of Ranadam and the hot summer in the Arabian Gulf the Saudi security forces don’t take a holiday. The target of choice for Al-Qaeda in Saudi Arabia is prince Muhammad Bin Naif Saudi’s assistant Interior Ministry. He has taken the lead in going after the cells in Saudi who want to overthrow the Royal Family and attack the world from bases there.

There have been four known attempts on his life and they continue to try. The Yemen border fight is critical in Saudi controlling the access for terrorist to enter the country. The recent Fatwa against Terrorism and a tool that Bin Naif is using against every element who support terrorism in Saudi has made him more of a target. They are using every investigative and prevention technique available to root out the sources of  the violence. The more successfully they are in Saudi will directly impact our security here. So much of the Western World is caught up in the political correct way that very little effective gets done until after the attack. Yes, we have had successes but we have also been lucky and that can only last so long.

Iran is also upping the stakes by aggressively advancing their quest for UAVs including a helicopter. They are threatening suicide drone attacks on our ships in the Gulf and other Gulf targets if they are attack. All of the countries in the region are taking seriously this threat. This will be an area to watch in the coming weeks and months as the count down goes on for “D” day when Iran will be Nuclear. 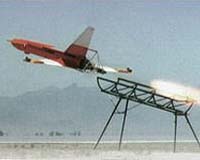 Iran test fires drones which they say will be used against U.S.