DATE LINE ISRAEL: THE VOICE OF HOPE ON THE AIR 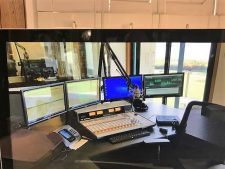 If you turn your radio to 1287 Am in the Middle East you will hear our radio station spreading Hope for the suffering Christians and Minorities of the Middle East. From the shores of the Sea of Galilee the state of the art studio is housed in the historical building where the Jordan-Israel Peace accord was signed. The government of Israel with the blessing of the Prime Minister wants to let the world know that they are concerned about the persecuted Christians and Muslim minorities across the Middle East and are standing with the Christians of America and Canada in support of them.

My journey in Israel started in the middle 70s, my first book Hostile Intent tells the story, while there with organization taking pilgrims to Holy Land Prime Minster Begin challenged us to go to Lebanon and check out the slaughter of Christians by the PLO terrorist.  That started a journey which led to a few weeks ago the signing on of 1287 AM, the only Christian group to ever have an official radio station in Israel.

The purpose of this station is to bring Hope to the suffering people being slaughter and persecuted by ISIS and others across the Middle East. And what better place than the Holy Land and from the shores of Galilee, where Jesus taught, to send that message out. The original Voice of Hope that we established in 1979 was in Lebanon in the Valley of the springs a few kilometers from the Israel border and was there until Israel pulled out of Southern Lebanon in 2000.

The vision to reestablish this important Voice of Hope was led by John and Heather Tayloe President and founder of Strategic Communication Group. John is the son-in-law and Heather the daughter of George Otis the founder of the first Voice of Hope in Lebanon. John connected with friends in Israel who believed in the vision and the need for it which led to Lebanon license being reissued in Israel. This is not a political station and will only be spreading Hope and Peace to the Middle East.

Why is this an important event? We believe that it is radio that will reach the most people and will give opportunity to hear the word of God and be encouraged that God cares about them but also, that we in the West care. With are all the focus on the violence and evil that ISIS is using against the Christian and Muslims it is easy for the people to give up hope. To those who already know the living God this is encouragement to those who are hearing for the first time they can find an answer for the purpose of their life and that there is the one true living God who cares about them gives them hope.

In a few weeks at the Grand Opening Prime Minister Netanyahu will declare to the world that Israel is standing with the Christians of America and Canada in support of the Christians of the Middle East, that will be an historic day. On that day, the focus will not be on all the violence and evil going on but on the Prince of Peace who has come to set people free and His message that He will never force anyone to follow Him, we can choose to follow or to go our own way. 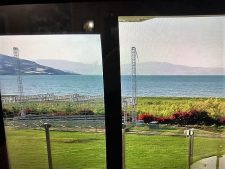 With my last 40 years of fighting terrorism I have learned it is not only guns and weapons we can use to destroy terrorism but giving people hope and having people change from the inside out to a different way of life is the best long term weapon.