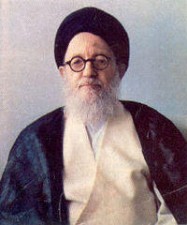 It is astonishing to hear a religious leader promote lie and telling you, ‘it is a part of your religion duty,’ and you are doing the right thing.  Khomeini has said, “To promote Shiism taghiya is a gift from providence.”

Helping Ayatollah Khomeini achieve his goal of “Islamic revolution,” Grand Ayatollah Shariatmadari, (1905-1986) openly referred to Mohammad Reza Shah Pahlavi as ‘Taghoot’ or Iran’s Pharaoh.  By doing so, they took the lid off taghiya that was up to then under a cloak of secrecy.  Under the religion authority, the Shah was designated as “a person against Allah” and therefore they declared, the Shah’s life, his family; his personal wealth belongs to the indigents.  The indigents was later defined as “the Treasury of the Islamic Institution,” and finally the booty of Arab ayatollahs.

It did not matter that Pharaoh called himself the “God,” while Mohammad Reza Shah, was a Muslim and carried out his Islamic duties.

The practice of taghiya raises the obvious question of ‘can the word trust Iran’s government in ant treaty?

Can the West sign any agreement with mullahs and not worry about its integrity?

“Nothing is more threatening to a hierarchical religion than the possibility of ordinary laypeople’s finding their own way into the presence of the gods.” 1

Marja-taqlid “source of emulation” was intended as an institute of learning Islamic doctrine however, since changes were not allowed in Islam, in time it turned into an institute of copying the same teaching.

“Islam is probably the only monotheistic religion in which scholarly exploration is systematically discouraged, if not forbidden, since rational analysis would not serve the purpose of the despots,” says, Fatima Mernissi, the author of ‘Islam and Democracy.’

Since the option of exploration, debate or criticism was not on the table, the duty of teacher changed from educator to leader (Mojtahid) and learning to compulsory compliance.  Most agreeable Iranian writers, often call it the place where the principal of ‘leave the driving to us,’ renders Iranians resource-less and hampers in the most important decisions.  In time, marja-I taqlid turned into a mandatory place to observe and put into practice.

Sunnis do not practice or have marja-I taqlid.  They learn as they go along.

Hassan Rahnavardi, in his latest book ‘The Establishment of Mafia style Religious Law in Iran”… writes, ‘marja-I taqlid took away the freedom of thinking and striped Iranian society of their rights and self-determination.’

Most agreeable Iranians often call it the place where the principal of ‘leave the driving to us’, renders Iranian Shiite resource-less and hampers in the most important decisions.

Historian Kasravi (1890-1946) 2 once said, “Our nation’s greatest enemy is religion institution whose actions are driven solely by law instead of facts, by blind faith instead of informed knowledge.”