The opinion in many parts of the world have shifted a little towards the sanctions slowing down Iran’s nuclear program. This is even coming from Israel and the retiring head of their intelligence agency.

The reason for this is the cut off in some of the material needed and those materials are in the hands of just a few countries who mainly support the sanctions. This is causing many experts to push back the probably date to 2015 from this year or next. With Iran and its leadership you never know.

For the west I think we have to assume that it might be a shorter schedule and with the old saying, plan for the worst and expect the best. This will be something to watch as the year unfolds.

Saudi Arabia has been rewarded for their crack down on terrorist within their borders and controlling them from coming in. (Maybe we could learn something from them on how to stop the illegals at our borders) The American government has lifted the restriction on families of Embassy personnel living in country and now the post to Saudi Arabia can be with family. This is good news for the families and good news for the world as we benefit here from the Saudi Crack down.

The danger on our border and for Americans in Mexico continues. Recently our head of operation in Mexico was kidnapped along with some others while helping with a problem requested by the government. Thankfully he and the others were released after a few days. It was a very difficult few days. We can’t live and travel in fear but we need to be informed before we travel any where today even to a country that is our friend. The current example is Europe with all the threats against Americans in that region. Do your home work before you travel and we can help with that. Contact us for information.

I am praying for a safe 2011 and for Peace to over rule violence. 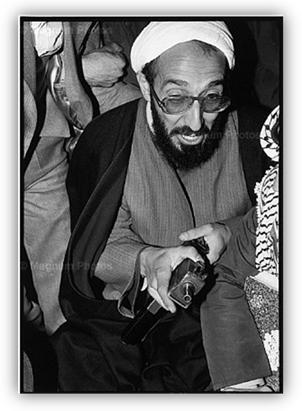 ABOUT THE CONTRIBUTING EXPERTS

Phil Little has over 35 years experience in counter terrorism with most of that experience on the ground around the world gathering information that will help us all stay safe. His firm West Coast Detectives International is recognized around the world as a leader in security and investigative solutions. His first book “Hostile Intent” is a must read for anyone interested in the growth of world terrorism. Little comes from a background in the Military, law enforcement and counter terrorism/intelligence and has appeared on over a 100 television shows, hosted a radio talk show and written three (3) books on terrorism.

George Hassan is well qualified to talk about Iran and Islamic terrorism. He grew up in Iran and witnessed first hand the brutal violence of evil people who call them selves Muslim. His Book “Iran: Harsh Arm of Islam” is a must read and will take you through his life and give you a readable history lesson on the take over of the Persian nation. As an Iranian and Muslim his expert knowledge cries out for an open mind to at least listen to what he has to say. His message is so important to the Western world that I have asked him to share his knowledge and the facts with us. He is not an employee or agent of West Coast Detectives and the views he expresses are from his life and knowledge. Please order his book and learn the truth about what is going on in Iran.