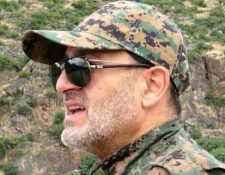 Iran’s instructions to Hezbollah further decay and feed the drastically spiraling relations between Tehran and Riyadh.

The recent directive from Iran to Hezbollah says a lot about the relationship or lack thereof between Iran and Saudi Arabia.  Iran has directed Hezbollah to stop their attacks on Israel and instead go after Saudi Arabia.  Unfortunately, the reality is that Saudi has been in the bull’s-eye of terrorists and enemies like Iran for many years, starting with the likes of Al-Qaeda when they began their attacks against Saudi in the early 2000’s.  Saudi quickly understood they were higher on the terror list than the United States and so they did not waste their time trying to talk or negotiate, they understood that this would not work.  Instead, they turned the full force of their military and intelligence to the task of eliminating them, the terrorists, and under Prince bin Nayef they succeeded.

During those years under bin Nayef leadership Saudi became a close effective partner in the fight against terrorism using both their resources and intelligence to help the U.S. and the West as a whole.

Iran has told Hezbollah’s military arm to stop attacking Israel and instead turn its sights to Saudi Arabia, according to intelligence sources in the region.

The instructions come amid the aftermath of the killing of Hezbollah military commander in Syria, Mustafa Badreddine, which the Lebanese Shi’ite grouped blamed on hardline “Takfiri” forces backed by Saudi Arabia.

Recently Qasim Suleimani, the head of the Iranian Revolutionary Guards’ Quds Force, personally gave the order to Hezbollah in Beirut. Sources state that Suleimani announced that Badreddine would be replaced by Fuad Shukr, a 55-year-old member of Hezbollah’s founding group and resident of the Bekaa Valley.

Mustafa Badreddine, pictured above, had led Hezbollah’s intervention in support of Syrian President Bashar al-Assad’s regime since the start of the five-year war.

Badreddine’s death was originally reported by the Lebanese media as having been the result of an Israeli airstrike near the Damascus airport. However, these reports were never confirmed by Hezbollah, who later blamed Sunni militants for the attack. Slogans used by Hezbollah at Badreddine’s funeral also appeared to point the finger at Saudi Arabia.

Iran’s instructions for Hezbollah to attack Saudi Arabia is the latest development in a drastically spiraling relationship between the two countries that only escalated after the Saudi government executed prominent Shi’ite cleric Sheikh Nimr al-Nimr at the beginning of the year.

In response to the Saudi government’s action, Iranian protestors stormed the Saudi embassy in Tehran, after which the Saudis cut off diplomatic ties with Iran.

It was announced last week that the two countries had failed to reach an agreement for Iranian pilgrims to travel to Mecca for the Hajj in light of the severing of relations, meaning that there is almost certain to be no Iranian attendance at the annual pilgrimage.  The Iranian’s lack of attendance is fueled by the deaths of Iranian pilgrims at last year’s Hajj which Iran has placed blame onto Saudi Arabia.

Iran instructed Hezbollah to strike Saudi Arabia ahead of the start of this year’s Hajj in September.

There is obviously a deep divide between Saudi and Iran.  Iran wants to be the main power broker of the Arabian Gulf and greater Middle East because with this power they would be obtaining control of not only the oil, but the seat of Islam and the two holy mosques. As I stated above Saudi became accurately aware of the target on them when bin Laden directed attacks against them in the early 2000’s and they took it serious enough to turn their full attention and military power to stop them and they did.

One can be assured that the Obama deal with Iran and releasing upwards of 150 Billion Dollars to them will find some of it spent on trying to destroy Saudi. It is doesn’t take too much intelligence to see why Saudi Arabia was against the deal.

We can expect Saudi to be as diligent and effective against Hezbollah as they were against Al Qaeda and this is an area we should watch closely as it will give us insight on what is to come that will affect us.  If this does happen and Hezbollah does in fact focus their attacks on Saudi, Israel reaps two big and positive side effects. First, Hezbollah focus is away from them and secondly, this change will bring about a closer alliance between them and Saudi Arabia, which has been growing the last few years due to Iran’s desire and movement toward getting their nuclear bomb.

Events are changing so fast in the region that if you take your eyes off for even a day, big changes happen.  The next U.S. President is going to have a lot of relationship mending and building back of respect from day one, and he will not have a lot of time to set around seeing what might happen.

Remember that November 7th is the day that we the People, the stock holders, go to the board meeting (polls) and elect a new CEO and board members.  So, let’s show up in force and take our country back.

Until new next time be safe.